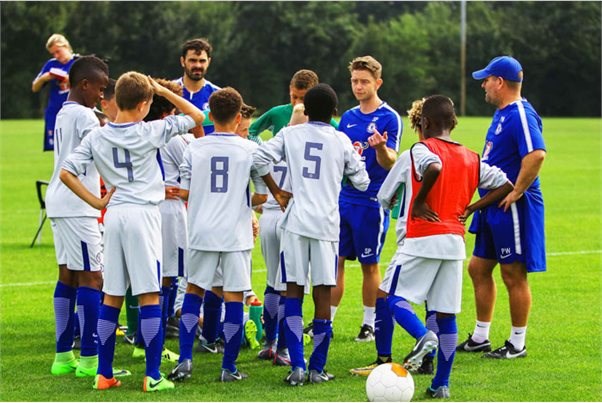 The possibility of coaching your own football team is most likely to fill you with both excitement and anxiety, so just what steps can be taken in order to give yourself the best possible chance of being successful?

Pre-season is an important time for any coach, however it holds even more significance when you are taking charge of a new team. There are so many decisions to be made in such a short space of time, it is almost impossible to achieve everything you wish to during this period. As a result, it is crucial to focus upon a select few areas, rather than being overambitious and looking to cram everything in. Coaches who do too much too soon often regret it later down the line, despite having the best intentions and bags of enthusiasm.

Coaches must have guidelines in place, as well as setting some form of boundaries, especially when it comes to youth football, due to its unpredictable nature. Our top tips have been designed to help coaches during the early stages of coaching a team, with preparation often being just as important as the delivery itself.

Whether it be at youth or senior level, developing a philosophy is hugely important for any coach. This is effectively the way in which things are carried out throughout the team or club, which everyone must buy into in order for it to have maximum effect. If you are working alongside other coaches or have input from outside sources, it is important that everyone agrees with your philosophy. For a youth team, any philosophy should revolve around player development and enjoyment, with producing creative and confident players being hugely rewarding for any coach.

Whilst at a more senior level results are likely to be more important, meaning that coaches may perhaps play in the best possible way to achieve victory, at a youth level it is more beneficial to develop a style which encourages skill and teamwork. Children should also be encouraged to make the right decisions on the pitch, meaning that coaches must give them the license to get themselves into such positions. Whether it be a counter attack or possession-based style, players should have the ability to adapt to new strategies, depending on the situation during a match.

Talk to the Parents

Obviously this is targeted towards youth teams once more, however it is important to explain to parents what exactly you will be expecting from both themselves and their children throughout the season. Doing so will ensure that they remain supportive in the long-term, with the best youth coaches often having excellent relationships with parents and guardians. Be sure to tell them exactly what the aims are for their children, as well as what they have already learnt. Parents are often neglected by coaches, however they should regard them as an asset, rather than an annoyance or distraction.

Once you have come up with your philosophy and style of play, it is time to let your players know what is expected of them and your joint goals for the season. Objectives can be set both in terms of performances on the pitch and behaviour off it, with coaches reminding players of their duties when necessary. This can be done in either a formal or informal way, with some coaches even asking their players to sign a document regarding values and expectations.

You are likely to come under pressure from those around you to change things when performances drop or results go against you. However, it is important to stick to your guns and believe in your methods, with often only small alterations being required in order to turn things around. Also be sure to remember that the development of your players is the most important thing, meaning that it is just as important to see how they react to disappointment. Matches are viewed as an assessment of the work being carried out, so major changes to training sessions should be avoided in most cases.