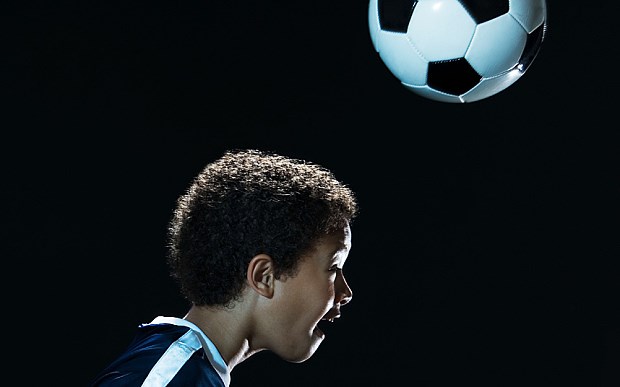 Should Children Be Restricted from Heading the Ball?

Football authorities in the UK have called for greater consideration to be made when it comes to restricting children heading footballs, with links having been made to a decline in brain performance. So, is this a realistic course of action for coaches and referees to enforce or another campaign that will never get off the ground?

Recent research from the Albert Einstein College of Medicine in New York followed over 300 adult amateur football players in the hope of confirming links between heading frequency and neuropsychological performance. Indeed, the study found that poor performance when it came to both memory and attention was directly related to frequent heading of the ball during training and matches over a period of two years.

However, findings did not show any specific correlation between unintentional head impacts and cognitive performance. This research in New York followed a study carried out by the University of Sterling back in 2016, which concluded that there was memory impairment directly after the heading of a football, while former players often suffer from serious brain diseases. In fact, a reduction in memory performance between 41-67% in the first 24 hours after players headed the ball 20 times was found, with function still not returning to its normal state a day later.

Kids in the US aged 10 and under are already banned from heading the ball, with authorities stateside having carried out an awful lot of research in this area of sport. Meanwhile, there are also restrictions for those aged between 11 and 13. So, is this a situation in which young players in the UK could soon find themselves in?

The Football Association has recently commissioned its own research into the links between football and dementia, with Dr Willie Stewart, the doctor who diagnosed former England international Jeff Astle with dementia, leading the study. The full findings could well go a long way to seeing major changes in youth football.

Eliminating heading from football all together is certainly seen as a drastic measure by many, however it is potentially the only tactic that will protect players from damaging impacts in the long-term. It may well take more action from players themselves, with a youth soccer team in the US having sued FIFA back in 2015, alleging that the government body had failed to introduce sufficient rules to help protect players from brain trauma. However, the case was eventually dismissed, meaning that no ground-breaking action was taken.

Elsewhere, the likes of UEFA, FIFA, FA and PFA have all taken notice of such actions, launching their own studies into the relationship between heading and brain performance. While none of these studies have yet been completed, the PFA had issued a call to eliminate heading for all kids footballers under the age of 11. However, the other necessary authorities have so far been against such a proposal.