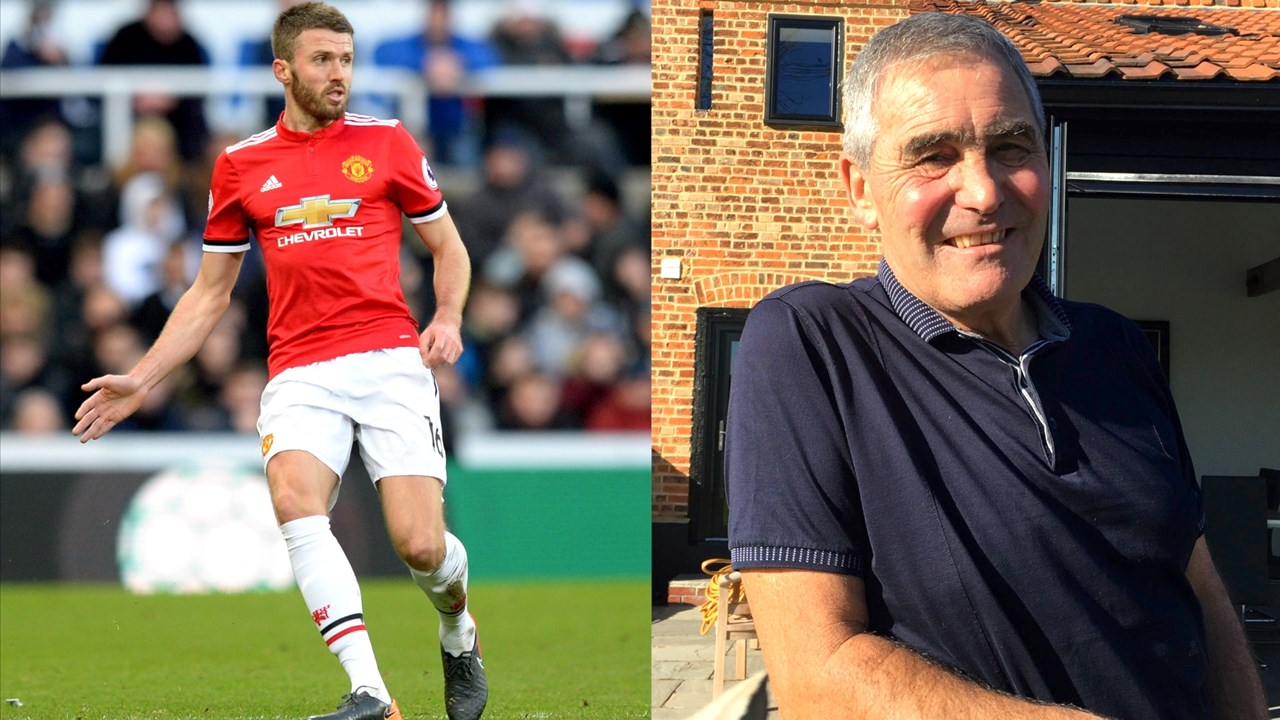 Passing and awareness – the case of Michael Carrick

“He was a skinny, frail youngster but he had this calmness about him and this appearance of always being in control of what he was doing.” Tony Carr is remembering the first time he set eyes on Michael Carrick.

Carrick ended up being a future winner of five Premier League titles and the 2008 Champions League with Manchester United, Carrick was then a teenager, newly arrived at West Ham United where Carr worked as director of youth development.

“The first thing I saw, and what the scout saw,” Carr continues, “was his calmness when he played and his simple technical ability. He got it and he passed it. He went both ways. He received it with two feet and invariably never gave the ball away. He always knew his pass. I never taught him that, he brought that to us – all you do is polish it and develop it. You speed it up because the game gets quicker and space is tighter as they get older. That is all I would do.”

A native of the northeast of England, Carrick chose well in West Ham, a club with a tradition of playing passing football. And from Carr, a coach who believed in polishing his player’s strengths first and foremost – “A big mistake a lot of coaches make is they concentrate on a player’s weaknesses,” he notes – Carrick received the following advice. “Our philosophy was to try to play a fast moving, forward passing game,” says Carr. “Always look for the forward pass first. You’ve got to have good vision and good knowledge before you receive it to know what pass to play, so we’d work on getting ‘pictures’ before you receive the ball. This means pictures of where players are – pictures of the positions of players on the pitch and where you could play the pass.”

This was a lesson that Carr himself had learned as a young player in the 60s from Ron Greenwood, a legendary manager at West Ham who later coached England at the 1982 World Cup finals. “Ron Greenwood used to say it in the 60s: ‘Get pictures, get a picture before you receive the ball.’ It meant the state of play on the pitch at that particular point. The game will move and shift and you have to constantly get pictures every other second.”

The first thing a midfield player must do in order to achieve an awareness of what is going on around is get his body shape right. “If the ball is coming from back to middle to front,” Carr says, imagining the ball coming upfield from his goalkeeper, “I must open up and be constantly scanning the pitch to have a good idea of where players are.”

In other words, stand not with your back to either goal but square to the halfway line with the option of seeing both ends of the pitch. “Try to get on half-turn so you can face the opposition quickly.

“It’s about getting a picture of where players are on the pitch and that includes the defenders and your own players,” he adds. “You are looking for movement and seeing where the next best pass to play is. If their defenders are open, you play through. If they are high, you play behind them. You have to know what these players are doing.”

“We did a lot of playing one and two touch at West Ham, in order to encourage players to receive, pass and move. It was ‘receive, pass, move, receive pass move.’ We were constantly repeating that mantra. If you play one touch, though, you’ve got to know your pass otherwise you can’t do it. The negative side of concentrating on one touch for a long period of time is you tend to play safe, so you keep the ball. In your initial development of players, there, it’s a good training tactic to just make your players get their heads up before they receive it.”

What Carr looked for in a player

“The first thing for me was always ‘what impact does he have in this game or training session?’. It wasn’t the detail of what he’s good at or not good at. Every player is different but there’s a trait you spot and he’s effective with it. It could be that every time he gets the ball, he might not give it away. Or with a defender, nobody ever runs past him or beats him – they put the ball in behind and he’s always first to it.

“It is very difficult to say, ‘He needs to be tall or big or quick’. All those are good traits but there’s not a tick list of things to tick off. Many great players were dismissed in their earlier years because they were too small. It’s about being patient, looking at his family line and seeing where his, older brothers and sisters, and seeing if there is growth in the family. Then it’s general development, both physical and mental strength and technical, tactical qualities. The first thing, though, would always be their impact on the pitch.”