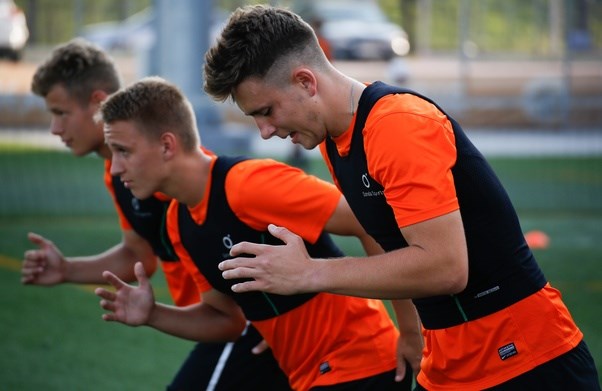 Location-tracking GPS devices have been used in sport since the turn of the millennium, with the analysis of data now being available to easily download to a range of devices, allowing coaches to gain a greater understanding of how players are operating. Such data can help players to ensure that they remain at the peak of their physical fitness, with all professional clubs and teams now using such technology.

Leicester City, who famously shocked the world by winning the Premier League back in 2016, were a prime example of a football club who made the most out of advances in technology over recent times. The team had the fewest injured players throughout the entire season, with data playing a significant role in this. Their players wore Catapult Sport OptimEye S5 devices, which collect data surrounding field position, speed and collision impact. Such devices can collect almost 1,000 data points per second, showing just how useful they can be.

While technology in other areas has long been used by coaches in order to aid development and make their life easier, whether it be using an app such as Spond to easily communicate with players and increase organisation or training aids such as bleep tests or shot power kits. However, the latest developments have certainly taken coaching to another level.

Elsewhere, fellow Premier League club Southampton FC are another team well-known for the importance in which they place on technology, with their players wearing GPS units during training, which they believe has helped in their attempt to decrease the number of injuries that are collected. In fact, the club decreased the number of muscular injuries from 44 to 20 in just one season.

Rugby is another sport that has embraced wearable technology, with all Gallagher Premiership players now wearing similar GPS units in order to measure acceleration and distance covered. With rugby players now being bigger and more athletic than ever, the risk of injury is also greater. Wearable technology helps to monitor activity on a day-to-day basis, with players spending a significant amount of time off their feet in order to maintain their match sharpness.

In a similar sport, American football players have long worn GPS devices, along with heart rate monitors, providing information regarding their activity during training. Having such data allows coaches to make adjustments to training schedules where necessary, along with the recovery of individual players.

Wearable technology is also an effective method of analysing the work rate of players, which will come as bad news for those who normally like to get through training sessions with minimal effort. Managing under-performing players is therefore significantly aided by utilising such technology, with all the natural ability in the world not being enough to overcome laziness. Under-training also increases the risk of injury, with a player who does not put in 100% when it comes to their speed work on the training field being more likely to suffer injuries during matches.

Many coaches also use technology in real-time to analyse performance during matches, whether it be to look at the positioning of players or indeed their work rate. Those wondering why coaches are often looking at a computer screen whilst games are ongoing should now understand just what they are looking at.