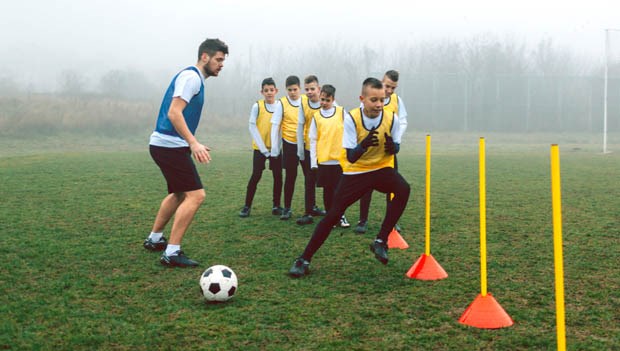 How to Develop a Coaching Philosophy

Even at an amateur level of sport, it is important to have some form of philosophy, as it helps to form the foundation for everything in which you do as a coach. So, what should coaches consider when developing a philosophy?

A philosophy will guide coaches when making decisions surrounding training sessions, communication and playing style, which ultimately plays a major role in how players perform on the pitch. Many see a coaching philosophy as something of a “Blue Print” in which each and every coach must follow, which involves their particular vision and principles. Effectively, a philosophy determines how you behave as a coach, with both short and long-term goals also helping individuals to keep track of their progress in this area, especially at grassroots level. Philosophies should be flexible too, with coaches almost certainly having to overcome obstacles or deal with situations which mean that they must change the way in which they behave at times.

Failure to develop any form of coaching philosophy will ultimately lead to confusion, with players having no clear structure to work under. Each training session delivered should relate to a particular philosophy, with more and more coaches looking to develop players who are confident on the ball at all times, as well as having a hard-working attitude. So, now that you understand the importance of developing a philosophy, let’s take a closer look at how coaches can form their own.

It is important to put some time and consideration into developing a philosophy as a coach, with the tools in which you have at your disposal potentially effecting the decision-making process. However, the following factors are perhaps the most important:

1. Develop a Playing Style – Based on the players in your squad and your developmental goals for them, it is important to come up with a playing style that will be used when on the field. A style of play is often the main identity of a team, which will also form the basis of how training sessions are organised and run. As well as this, those who are part of a club that features many different age groups will want to consider playing in the same manner as those around them.

2. Trial & Error – It is difficult to develop a philosophy which is perfect immediately, meaning that it is important to see what works for players and what doesn’t. So, step outside of your comfort zone and be creative, with this allowing coaches to see what players respond to best.

3. See How Others Do It – Watching training sessions organised by different coaches is a great form of inspiration, whether it be concerning the exercises and drills that they are delivering or the way in which they communicate with players. Try and follow coaches who you admire of believe have a similar style to the one you are trying to replicate.

Having no coaching philosophy is an approach that is only likely to lead to failure, with the guidance in which they bring standing you in good stead throughout your journey. All of the top coaches and managers in the professional game talk about this area of their job in terms of just how important it is, while many will not go against their philosophy even when things do not go to plan.