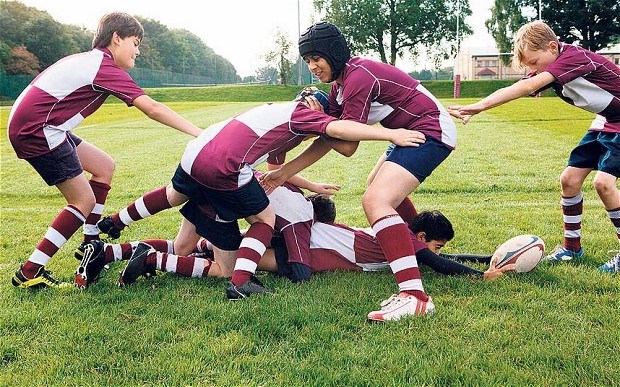 With concussions being associated with brain damage, the fact that children’s brains are still developing has led to questions regarding what age youngsters should be involved in contact sports from. Recent research in this area is very interesting.

Different parties are likely to have different opinions regarding what age children should start participating in contact sports, however recent research could finally provide a definitive answer. Experts from the world of sports science have recently looked back on studies surrounding concussions, with this type of injury being the most common related to the brain in the sample area, which in this case was the United States.

Research has shown that concussions suffered during participation in a contact sport can ultimately lead to chronic traumatic encephalopathy, a disease in which brain cells are killed. Meanwhile, the risk of developing the disease is enhanced by 30% when playing contact sports, a worrying statistic for parents with their children involved in the likes of football and rugby.

The main conclusions from the panel of experts based on previous research were as follows:

However, a well-known expert in this area, Dr. Bennet Omalu, has suggested that allowing children to play contact sports is nothing short of child abuse, due to them, in his opinion, being at risk of major health consequences. Researchers in Sweden found that those who suffered a single concussion during their childhood years were more likely to die before they reach the age of 42, while people were 2-4 times more likely to commit suicide or suffer from mental illness. As a result, Omalu has stated his belief that children should not play contact sports until the age of 18.