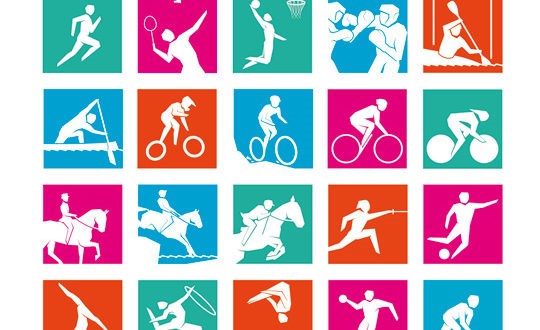 Under eight months now remain until the 2020 Olympics get underway, meaning that athletes around the world will be stepping up their preparations in the hope of writing their names into the record books. However, for those who are eagerly anticipating watching all of the action as it unfolds, there has never been a better time to check out some of the latest sports that have been added to the programme.

Five new sports have been added in total, which some are bound to agree with, while others will have their reservations over. Either way, the following will be part of the 2020 Olympic Games.

Thank in part to the popularity of the sport in host country Japan, basketball/softball will be part of the Olympics for the first time next year, with the game having derived from the British game of Rounders. Baseball will be competed in by male athletes, while females take part in softball, with the size of the ball, field parameters and pitcher distances being the main differences between the two. It comes as little surprise that the United States are the firm favourites for gold here.

It may come as a surprise that it has taken until now to find Karate at the Olympics, with other martial arts such as judo and wrestling having been firm fixtures over the years. Karate involves a variety of moves, including kicking, punching and strikes, with Kumite and Kata being the two variants of Karate that will feature in Tokyo. The former involves sparring, while the latter is based on form. Meanwhile, three different weight categories will feature, differing from the five used by the World Karate Federation.

The first of three extreme sports that will feature in Tokyo is Skateboarding, with park and street being the two variants that will be competed in. Park means that athletes can use ramps, half pipes and bowls in order to perform tricks, while street skateboarding involves the use of more familiar obstacles in the environment, such as benches and handrails. Competitors will be awarded points based on the speed and height of jumps, along with the difficulty of manoeuvres.

Here, athletes will climb on artificial walls in three separate formats, including bouldering, lead and speed. The former is based on traditional rock climbing, with competitors who deliver the set challenges in the smallest number of attempts and quickest time frame being declared the winner. Meanwhile, lead climbing utilises ropes, with athlete having to take a set route in the fastest possible time. Finally, speed climbing will see those involved going head to head in scaling a 15-metre wall.

Surfing will also take part at the Olympics for the first time in 2020, with surfers set to ride waves at Shidshita Beach, located some 40 miles outside of the Japanese capital. Both male and female athletes will be battling it out in the water, with a set waiting period having been put in place to ensure that the best possible conditions are exploited. Those who find themselves on the podium will have received the best scores from expert judges, based on the speed, flow, power and variety of manoeuvres in the water.

When it comes to specialisation in sport, the opinion of both parents and players generally differ significantly to what is suggested by science. So, just who wins when it comes to youth sport?