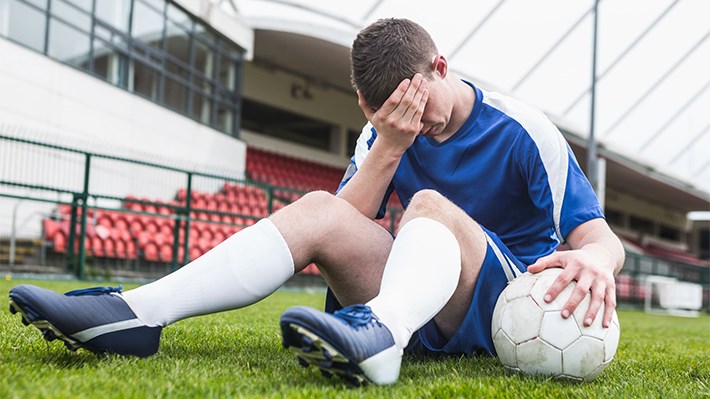 How Youngsters Can Reduce Stresses Involved in Sport

Young athletes today have to overcome a number of mental challenges, as well as the physical demands in which they are put under. So, just how can those involved help to ensure that anxiety levels are kept to a minimum?

Whether it be from teammates, parents, coaches or themselves, sports players are often under pressure to deliver at all times. However, coverage surrounding the mental side of sport is far more limited than compared to physical aspects, with youngsters often feeling embarrassed to admit to their anxieties.

Youngsters who are unable to deal with the stresses that come with modern day sport are likely to stagnate, however those who are able to cut out distractions and use anxiety to fuel themselves are far more likely to achieve their goals. Teaching children how to become mentally strong is easier said than done, however the following points are certainly worth into consideration.

What Can They Control?

It is important for youngsters to take into account what they are in control of, as well as what they are not. No matter how talented an individual is, youngsters will always have to deal with disappointment, whether it be losing to an arch rival or suffering an injury. Feeling disappointed or hard done by is perfectly ok, however senior figures should remind kids that some things cannot be controlled. Meanwhile, it is also important to consider what can be done in such a situation, whether it be working on an area of their game following a defeat or improving a physical weakness whilst out injured. What players focus upon during this period of time will often determine future results.

Stay Away from Social Media

Youngsters today are often glued to their mobile phones, however constantly taking in the latest social media posts is no good for anyone, meaning that coaches and parents should encourage players to stay away from such platforms where possible. Especially important before and after matches, staying away from social media will often mean that players are less distracted, helping them in reaching their goals on and off the playing field.

Players will often look towards their teammates in times of need on the field, however they are reluctant to seek advice off it. As a result, coaches and parents should encourage youngsters to discuss what they are going through, as this will provide a better chance of overcoming anxiety. So, whether it be a particular member of the coaching team or a parent, creating some form of support network is one of the most important methods of keeping out stress.

Especially in difficult times, it is easy to focus on the negatives, however it is crucial, especially for youngsters, that they remember just how far they have come in sport. Patting yourself on the back is unlikely to be something in which young players do easily, so those around them must remind them to recognise their achievements. Doing so will allow youngsters to remember the challenges in which they have already overcome, as well as how to do so again in the future. The quicker players understand that sport is going to come with ups and downs, the less anxious and stressed about it they will become.